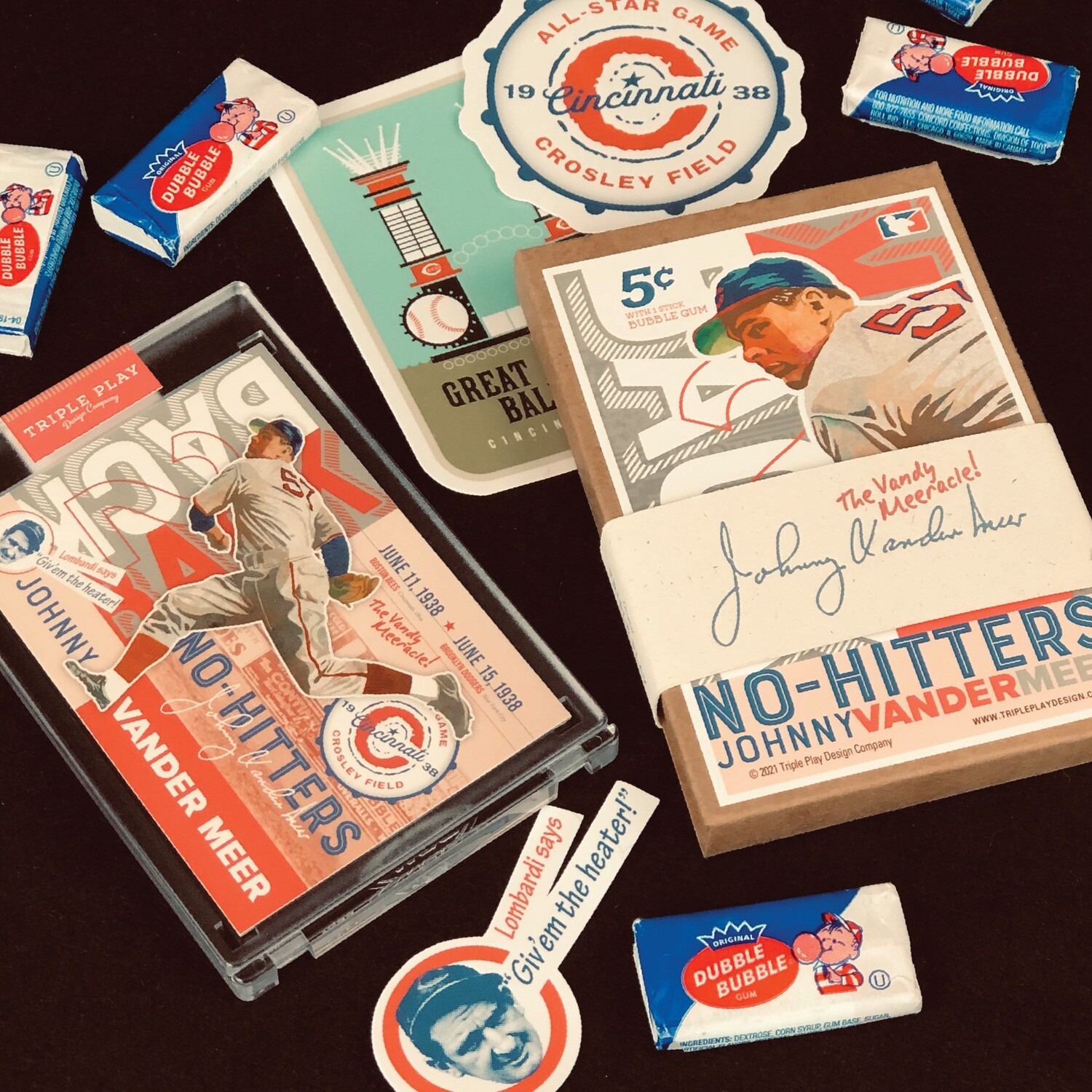 To honor the anniversary of an unbreakable record, we are launching limited-edition, Johnny Vander Meer, Back-to-Back No-hitter cards! 57 cards (Johnny’s number) will be available. And as always, there will be some Triple Play Design bonus goodies! A portion of the proceeds will go to benefit the MLB Baseball Assistance Team (BAT Charity), something near and dear to Mr. Vander Meer.

This item will be retired when the supply runs out. Proceeds from these sales will go to support the MLB Baseball Assistance Team. $57 ($52 card/$5 S/H) will get you this card and go to help members of the Baseball Family who are in need of assistance.

After retiring as a player at the age of 40, Vander Meer became a minor league manager in the Cincinnati Reds organization for ten seasons before retiring in 1962. After his retirement from baseball, he and Early Wynn started the Old Timers Baseball Association, and funds from autograph signings and photos went to the organization, which would then be sent to ‘Old Timers’ to help pay for their medical care.
Save this product for later
Display prices in: USD